Down in New Orleans: Part I

As we get ready to travel to New Orleans in less than a week, I’ve been itching to learn more about the amazing city that we will be living, learning, and volunteering in. I know that New Orleans is a city with a rich, multicultural heritage steeped in history, but the rest of my knowledge about New Orleans is like Swiss cheese – full of holes.

A more tangible remnant of the legacy of colonialism can be seen in New Orleans architecture.

New Orleans was founded in 1718 by Jean-Baptiste Le Moyne, a French colonizer, in what is now Louisiana. The area was a natural levee, but was prone to flooding. The area required workers to fortify the natural levees, and initially convicts and contract labourers from Europe were imported to fortify them. After a majority of the labourers died from starvation or disease, African slaves were imported to clear the land and build up the levees for European settlers.

New Orleans became a Spanish colony in 1763 after the Seven Years War. New Orleans was under Spanish rule only until 1801, but influenced New Orleans architecture and culture. During this period, there were also several devastating fires that destroyed much of the city.

Some of the most stark differences between French and Spanish colonial rule were in the laws and regulations surrounding slaves. The French ‘Code Noir’, issued in 1724, regulated enslaved populations’ lives and interactions with free whites. Interracial marriage was forbidden by the Code Noir, limited opportunities to free slaves, and prohibited community gatherings for the slave community. The Spanish colonial policies were more relaxed, and under Spanish rule slaves acquired the right purchase their own freedom under the law of coartación. This new law increased the free black and mixed race population in New Orleans.

New Orleans’ music scene is a mix of cultural influences.

As New Orleans developed from a small, humble trading post to a large metropolitan city, the role that race played became increasingly complex. At its roots, New Orleans has a diverse population, with a large immigrant population in addition to its colonial roots. One of the most prominent populations in New Orleans are Creole peoples. ‘Creole’ refers to a native to Louisiana, and includes a mixture of Native American, French, Spanish, and African peoples. The term is traditionally used to differentiate between native Louisianans and immigrants after the Louisiana Purchase. Creole peoples include white, black, and mixed individuals, and have historically occupied a variety of spaces within New Orleans society.

In the 1700s, race in New Orleans was a complex and multifaceted part of identity; there were free white, black, and mixed-race people, as well as enslaved mixed-race and black individuals. The white upper class was the wealthiest, and enjoyed the most rights and privileges, however free persons of color (mixed-race) individuals enjoyed many of the same rights and freedoms. Enslaved black people had few privileges and rights, but under coartación, an increasing amount of the black population became free, moving New Orleans towards becoming an increasingly mosaic society. New Orleans was largely considered a tripartite society, with free white citizens, free biracial and black citizens, and enslaved black populations.

Livin’ in the USA

In 1803, New Orleans was sold by Napoleon to the United States during the Louisiana purchase. New Orleans was a stark contrast to many other American cities, and many Anglo-Americans were shocked by the predominance of the French Language, Catholicism, and free mixed-race people. The city became increasingly metropolitan as it expanded as a trade center and grew in population size, mainly due to immigrants. The Haitian Revolution in 1804 brought a huge influx of immigrants, including free whites, free mixed-race and black peoples, and enslaved black people, to New Orleans. The Creole community welcomed more French-speaking immigrants to the city, while government officials protested the arrival of more free mixed-race and black peoples, demonstrating the tensions between the new government, especially Louisiana Governor William C.C. Claiborne, and the traditional communities within New Orleans. During the war of 1812, when the British attempted to overtake New Orleans, the Creole and Anglo-American community came together to resist, and the English were defeated by forces led by Andrew Jackson in the Battle of New Orleans in 1815. Jackson’s forces represented the polyglot nature of New Orleans, and consisted of a mix of the Louisiana militia, First Nations groups, and African Americans.

The period after the war of 1812 is known as Antebellum Louisiana, and lasted until the beginning of the American civil war. During this period, much of Louisiana’s economy relied on slave labour, and slaves made up a huge percentage of the population (approximately 45%). Towards the beginning of the Antebellum period, there were also large numbers of free black and mixed people, reaching its peak in 1840. However, increasingly discriminatory policies and attitudes towards free people of colour resulted in a decrease in the population of free people of colour in the 1860s. 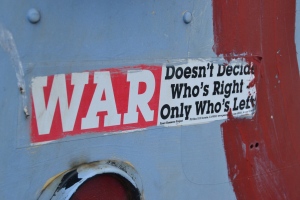 Gone with the Wind

In 1861, Louisiana seceded to join the Confederate States of America alongside several other Southern states, marking the period of Confederate Louisiana. Louisiana provided the Confederacy with a significant number of troops, military leaders, and the strategically significant city of New Orleans, which has access to both the Mississippi River and the Gulf of Mexico. There was significant friction between supporters of the confederacy, and those who opposed the confederacy or its policies. New Orleans was overtaken by Union forces on May 1, 1862 as part of the Anaconda plan (commanded by Winfield Scott, not by Nicki Minaj) to stifle the Southern economy by blocking access to the Gulf of Mexico and controlling traffic on the Mississippi. The city was occupied initially by Major General Benjamin Butler, followed by Major General Nathanial Banks; both of whom appealed to the immigrant and free black peoples, who began to demand more equal rights. Despite the misgivings of the local population, New Orleans suffered almost no physical damage during its occupation, and there were no uprisings during the occupation. The loss of New Orleans represented a significant loss to the Confederacy, which lost the American civil war in 1865.

To understand the Reconstruction period, you may first need to shift your perspective on Democratic and Republican politics in the US. Nowadays, ‘Repulican’ is often considered synonymous with cultural and fiscal conservatism (small government, family values, the free market, etc.) whereas during the Reconstruction era, the Republican government was significantly less conservative (both culturally and fiscally), and supported abolition. The same goes for the Democratic party; during the Reconstruction era, the Democratic party was largely politically conservative, and was not as supportive of free rights for all and the abolition of slavery.

The Reconstruction period after the American Civil War represented a time of major political shifts for New Orleans, especially for free people of color. During this time, there was an increase in reactionary white supremacist groups, who acted in opposition to the Republican government. ‘Redeemers’, who were mainly wealthy white landowners who relied on slave labor to maintain their wealth, were opposed to the reconstruction efforts, and wished to ‘redeem’ the South by ousting the Republican party. The Klu Klux Klan, the Knights of the White Camellia, and other groups represented just a few of the reactionary and violent groups that become popularized in Louisiana during this time. Restrictions and limitations on black people were initially loosened during the Reconstruction era, and the old plantation organization of agriculture was replaced by sharecropping (farm tenancy), which provided many landless, newly free black people with the opportunity to earn a wage. Despite these early gains after the end of slavery, the turn of the century represented a new era of challenges and discrimination for people of color.

Check out part II of ‘Down in New Orleans’ to learn more about what came after Reconstruction, starting with Jim Crow, and leading up to contemporary policies, and how they have affected the development of Nawlins.